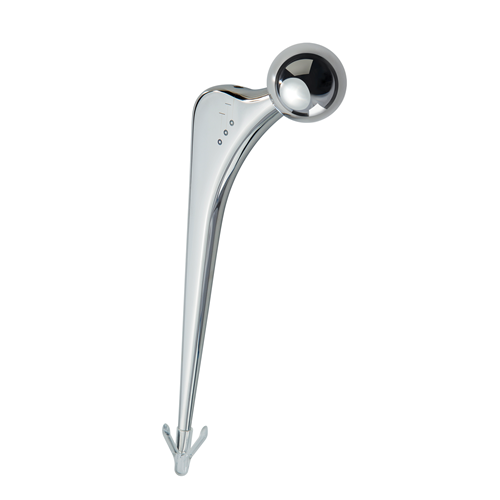 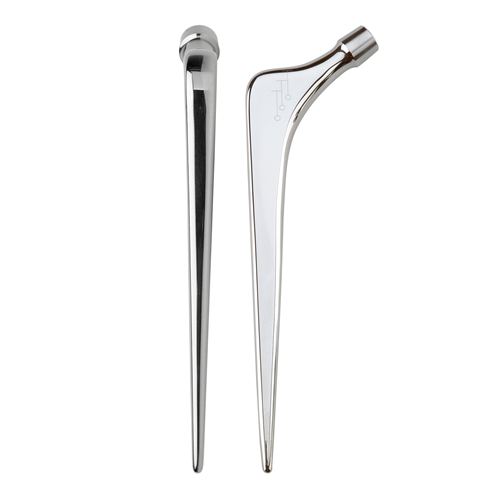 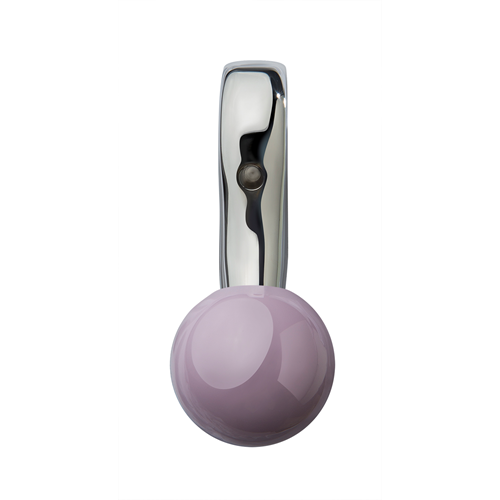 With over 40 years of proven clinical history, Exeter has demonstrated successful clinical performance1 in peer-reviewed medical journals and national joint registries2,3,4. Backed by an active design surgeon panel and R&D team, the Exeter hip system continues to evolve to meet the demands of today’s surgeons5. Exeter accommodates primary, revision and hip fracture cases with one implant and instrument system6.

The double tapered shape combined with a highly polished surface and collarless design facilitates the “taper-slip” principle. Promoted by the visco-elastic properties of bone cement in vivo and the space provided by the PMMA centraliser, the Exeter stem subsides in a controlled fashion within the cement mantle creating compressive hoop stresses and closing the stem-cement interface off to fluid and other debris.

With over 40 years of proven clinical history, Exeter has demonstrated successful clinical performance1 in peer-reviewed medical journals and national joint registries7,8. Below is an abstract from The History & Development of the Exeter Hip (Ling 2006). To find out more about the Exeter history and development story, click here.

"The first total hip arthroplasty to be performed at the Princess Elizabeth Orthopaedic Hospital, Exeter, was carried out in April 1965 and was of the McKee-Farrar design. Over the next four years, between 300 and 350 McKee-Farrar hips were implanted at the Princess Elizabeth. Loosening soon became a significant problem, and it became apparent that it would not be possible to continue using this device. At that time (early 1969), there were available to the orthopaedic surgeon in the United Kingdom three designs of total hip arthroplasty: the McKee-Farrar1, the Ring2, and the late Sir John Charnley’s Low Friction Arthroplasty3. The two former were both metal on metal articulations, and, rightly or wrongly, the metal on metal bearing was regarded as being responsible for an high proportion of the failures with the McKee-Farrar at the Princess Elizabeth. For this reason, it was decided not to take up the Ring design. Although the initial experience at the Princess Elizabeth with the McKee- Farrar had been through the Watson-Jones antero-lateral approach, by 1969 three quarters of the surgeons at the Princess Elizabeth were performing the operation through the posterior approach. These surgeons had no desire to take up the lateral approach via a trochanteric osteotomy. The latter was a mandatory part of the operation to insert the Low Friction Arthroplasty, and without it, it was not possible (perfectly reasonably) to obtain the instrumentation and instruction to perform the operation, nor to obtain the implants. It was therefore decided that there was a place for the development of a new cemented hip arthroplasty.

The intention was to produce a device that would be fixed with acrylic bone-cement and was specifically intended for use through the posterior approach. It was hoped to provide instrumentation that would allow for accurate insertion of the implant with minimal assistance. A further objective was to try to improve the fixation that could be achieved with acrylic cement. The decisions to remove the collar from the new device and to utilise a tapered shape for the stem (for reasons set out below) were agreed and professional engineering input into the development of the new arthroplasty was sought from the Department of Engineering Science (now the School of Engineering) at the University of Exeter. Thus, in 1969 co-operation began between the Princess Elizabeth Orthopaedic Hospital (now the Princess Elizabeth Orthopaedic Centre) and the School of Engineering that continues to the present day. A number of investigations into various aspects of the properties and use of acrylic cement have been carried out parri-passu with the development of the Exeter Hip4-12. In conjuction with the Department of Anaesthesia at The Royal Devon and Exeter Hospital and the Department of Chemistry at the University of Exeter, studies of the cardiovascular effects and metabolism of methylmethacrylate were also completed."

Abstract: We present a long-term follow-up report of the results of the original Exeter polished cemented stems inserted between November 1970 and the end of 1975 at our institution by surgeons of widely differing experience using crude cementing techniques. The results of this series were reported in 1988 (Fowler et al. Orthopaedic Clinics of North America. 1988;19:477) and again in 1993 (Timperley et al. Journal of Bone and Joint Surgery. 1993;75-B:33). There have been no failures from aseptic femoral component loosening since the 1993 report. From the original series of 433 hips, there were, at the end of 2003, 26 living patients with 33 hips. Of the latter, there were 25 hips in 20 patients with their original femoral components still in situ. Twenty-eight (6.46%) hips from the original series have been lost to followup, although none since 1992. With the end point reoperation for aseptic stem loosening, the survivorship is 93.5% (95% confidence interval, 90.0%-97.0%). The reoperation rate for aseptic femoral component loosening is 3.23% into the 33rd year of follow-up.

The Exeter universal cemented femoral component at 15 to 17 years. An update on the first 325 hips

Abstract: The first 325 Exeter Universal stems (309 patients) implanted at the originating centre were inserted between March 1988 and February 1990 by a group of surgeons with differing experience. In this report we describe the clinical and radiological results at a mean of 15.7 years (14.7 to 17.3) after operation with no loss to follow-up. There were 97 patients (108 hips) with replacements still in situ and 31 (31 hips) who had undergone a further procedure. With an endpoint of revision for aseptic loosening, the survivorship at 17 years was 100% and 90.4% for the femoral and acetabular component, respectively. The mean Merle D’Aubigné and Postel scores at review were 5.4 (SD 0.97) for pain and 4.5 (SD 1.72)  for function. The mean Oxford score was 38.4 (SD 9.8) (0 to 48 worst-to-best scale) and the mean combined Harris pain and function score was 73.2 (SD 16.9). Radiological review showed excellent preservation of bone stock in the proximal femur and no failures of the femoral component.

Abstract The Exeter Universal hip (Stryker Inc.,Newbury, UK) has reported survival rates of 91.74% at 12 years in all patients with reoperation as an endpoint. However, its performance in younger patients has not been fully established. We reviewed survivorship and the clinical and radiographic outcomes of this hip system implanted in 107 patients (130 hips) 50 years old or younger at the time of surgery. The mean age at surgery was 42 years. The minimum followup was 10 years (mean, 12.5 years; range, 10–17 years) with no patients lost to follow-up. Twelve hips had been revised. Of these, nine had aseptic loosening of the acetabular component and one cup was revised for focal lysis and pain. One hip was revised for recurrent dislocation and one joint underwent revision for infection. Radiographs demonstrated 14 (12.8%) of the remaining acetabular prostheses were loose but no femoral components were loose. Survivorship of both stem and cup from all causes was 92.6% at an average of 12.5 years. Survivorship of the stem from all causes was 99% and no stem was revised for aseptic loosening. The Exeter Universal stem performed well, even in the young, high demand patient.

Exeter is the most commonly used femoral component for Total Hip Replacement in both Australia and New Zealand9,10. 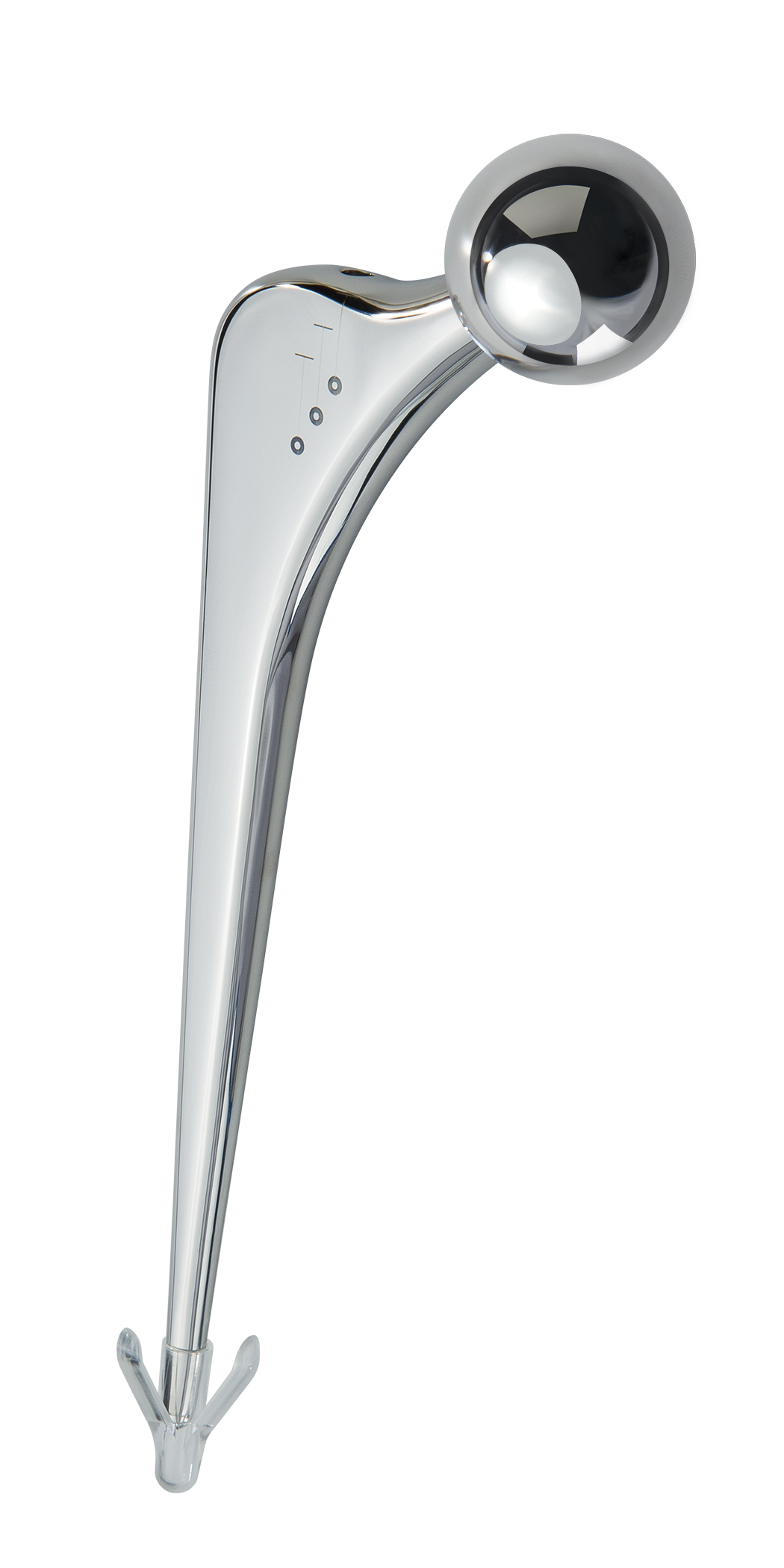 Thank you for your interest

Thank you for interest in this product. Your details have been recorded and a representative will be contact with you shortly.

If you would like more information on the Exeter product range, please complete the fields below. 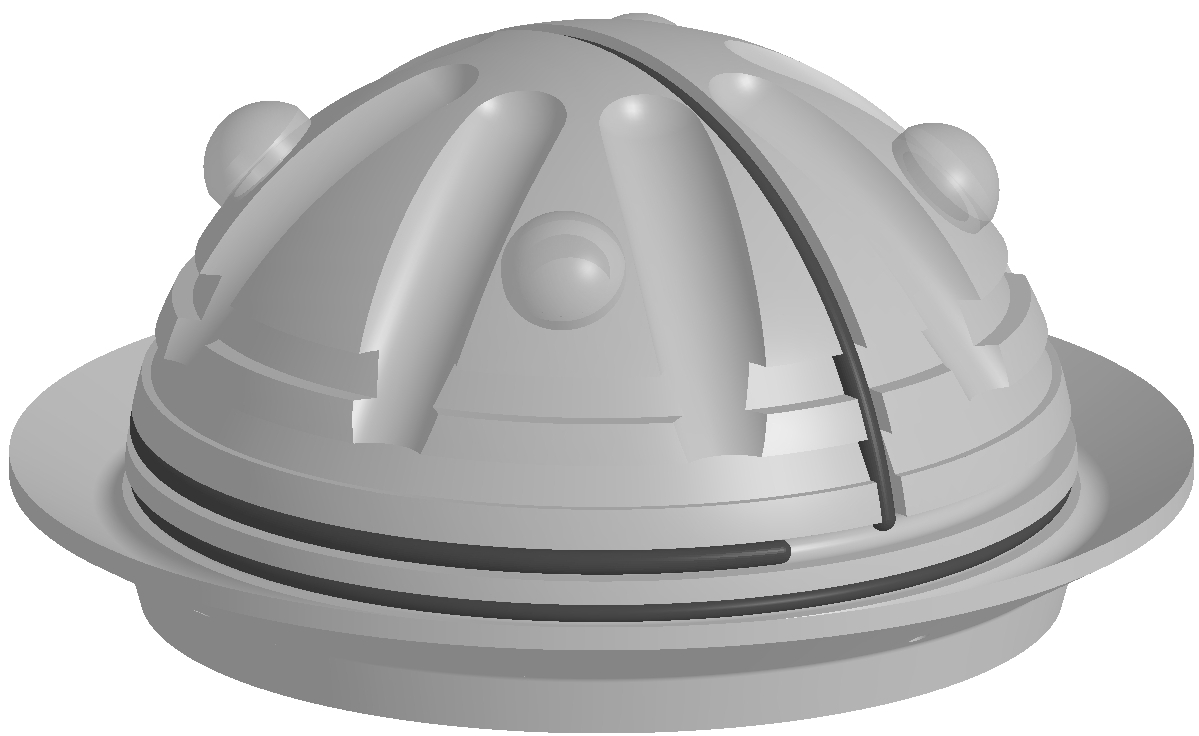 X3 technology in a cemented cup 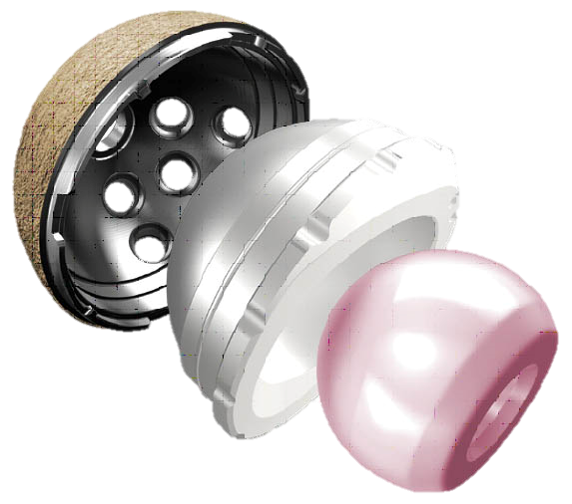 Since 1999, orthopaedic surgeons have chosen Stryker’s Trident Acetabular System for its effectiveness and track record.

More info
Back to top
X

This site is intended for Australian and New Zealand Health Care Professionals only. You must agree to the terms and conditions to gain access.